Ammon Does NOT Want to Defund the Police

Ammon Does NOT Want to Defund the Police

So, while I am 100% in favor of law enforcement in general, and I wholeheartedly support the lawful existence of righteous police officers executing their duties under the authority of law and with the fear of God, I do recognize and believe that, in Idaho specifically, our law enforcement has become bloated, wasteful, and corrupt. I have experienced it firsthand, and the statistics empirically demonstrate it to be true1, with Idaho having literally the highest incarceration rates in the world! Honest police officers here in Idaho likewise admit it. 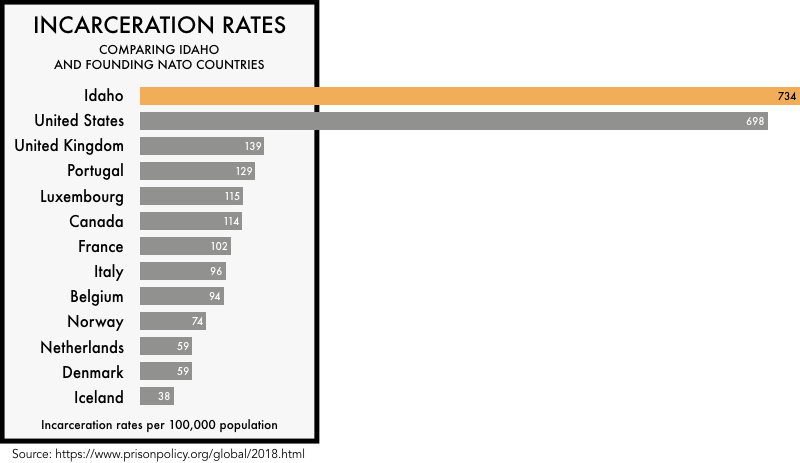 Additionally, I advocate changing the culture of law enforcement from the current state of authoritarianism and force with officers who blindly follow whatever orders they receive from potentially corrupt politicians and superiors, to one of service, humility, and conscience—where law enforcement officers strictly obey the US Constitution, the Idaho Constitution, treat the people with decency and humanity, and refuse to violate the Constitution or their own conscience.

Otherwise, we will see that corrupt and abusive law enforcement will be the tool used by equally corrupt and abusive politicians to take away our rights. We already saw this in Idaho and across our country where Pastors and churchgoers were arrested for having church, mothers were arrested for going to the park, and hundreds of innocent citizens were likewise abused, having their Constitutional rights violated—all by police officers.

As a candidate for Governor, I have proposed specific means by which we can solve these problems and have a healthy, respectful, and honorable police force, which we can all be proud of, without waste, fraud, or abuse.

References:
1. Idaho has the highest incarceration rates in the world.
2. Idaho has highest percentage nationally of people in prison.
3. You asked: Who does Idaho send to prison? And what if we sent fewer people? - Shows that 75% of Idaho prisoners are non-violent offenders.
4. Idaho can't hold all its prisoners. It may spend $500 million to change that.
5. Idaho ranks #1 in prison admissions, prison population, jail pretrial population, and #1 overall in total incarceration.
6. Idaho has 6th-highest growth rate for corrections spending over last 25 years.

How COVID Should Have Been Handled by the Governor