The two most common lies and smears you will hear about me are completely invalidated and dealt with in the links below. The rest of the lies and smears are in the accordion tabs which you can click to expand:
SMEAR 2 - Ammon is in favor of open borders.
I have never stated that I am in favor of "open borders" and I am not in favor of it as it is commonly portrayed. I have, however, stated that I don't believe that EVERYONE who is crossing the border is necessarily a bad person. There are plenty of people coming across simply because they want a better life for their family.

I have also plainly stated and will continue to reinforce my belief that the real problem is not immigration, but welfare! We should not be incentivizing people to come to this country in order to get freebies. Likewise, if honest, hard-working individuals want to come to our country, then we should make a simple and legal path of migration available to them.

Interestingly enough, most people agree with me, but the media again creates a FALSE DICHOTOMY and gullible people fall for it. Just because you point out that not all immigrants are criminals, it doesn't mean you are in favor of "open borders."

Likewise, if you pronounce and declare that SOME immigrants who cross the border are criminals and are crossing for nefarious purposes, that doesn't make you a racist or a xenophobe.
SMEAR 3 - Ammon is an "anti-government" activist.
I am not anti-government. In fact, my faith teaches me that government is given to us from a higher authority and its purpose is to protect people's rights which come from God Himself. I agree with the founding fathers of America in regards to how they viewed the role of government.

What about you? Do you agree with my position or do you support all actions taken by government, no matter what?
SMEAR 4 - Ammon is a dangerous right-wing "extremist."
The left and the Republican establishment must be afraid of me for some reason in order for them to resort to such ad hominem attacks which have no basis in reality. What is "extreme" anyway?

We live in a generation where calling a man a man and a woman a woman is an "extreme" position and is even considered "hate speech."

Sorry, but I just don't ride with all of this nonsense. It's too ridiculous to even warrant a response from me.

Gregg Pruett wrote an excellent article on this subject that I suggest you read.
SMEAR 5 - Ammon creates mayhem just for political attention.
I have never asked for the limelight. And even now, I don't like it nor do I want it. Believe me, I'd rather be home with my family, on the ranch, enjoying nature and living peacefully.

I was unfortunately thrust into the public eye simply because I stood with my family to defend our rights and specifically to defend our land that the Federal Government was trying to steal from us.

Thankfully, thousands of American Patriots came out to support us. And the result of those experiences put a fire in me to fight for liberty and justice ever since.

So, while I am 100% in favor of law enforcement in general, and I wholeheartedly support the lawful existence of righteous police officers executing their duties under the authority of law and with the fear of God, I do recognize and believe that, in Idaho specifically, our law enforcement has become bloated, wasteful, and corrupt. I have experienced it firsthand, and the statistics empirically demonstrate it to be true1, with Idaho having literally the highest incarceration rates in the world! Honest police officers here in Idaho likewise admit it.

Additionally, I advocate changing the culture of law enforcement from the current state of authoritarianism and force with officers who blindly follow whatever orders they receive from potentially corrupt politicians and superiors, to one of service, humility, and conscience—where law enforcement officers strictly obey the US Constitution, the Idaho Constitution, treat the people with decency and humanity, and refuse to violate the Constitution or their own conscience.

Otherwise, we will see that corrupt and abusive law enforcement will be the tool used by equally corrupt and abusive politicians to take away our rights. We already saw this in Idaho and across our country where Pastors and churchgoers were arrested for having church, mothers were arrested for going to the park, and hundreds of innocent citizens were likewise abused, having their Constitutional rights violated—all by police officers.

As a candidate for Governor, I have proposed specific means by which we can solve these problems and have a healthy, respectful, and honorable police force, which we can all be proud of, without waste, fraud, or abuse.

1References:
1. Idaho has the highest incarceration rates in the world.
2. Idaho has highest percentage nationally of people in prison.
3. You asked: Who does Idaho send to prison? And what if we sent fewer people?
4. Idaho can't hold all its prisoners. It may spend $500 million to change that.
5. Idaho ranks #1 in prison admissions, prison population, jail pretrial population, and #1 overall in total incarceration.
LIE 2 - Ammon led an armed insurrection against the government in Oregon.
This is a complete mischaracterization of the facts of what took place at the Malheur Wildlife Refuge in Oregon and I have completely addressed the issue in this video here.
LIE 3 - Ammon got arrested at the Capitol for trespassing on state property.
This is another mischaracterization by the press and by Idaho State officials to cover up the fact that they abused their power and broke State Law.

I have published the entire case, including all legal documents so you can determine for yourself if I broke any laws, created any mayhem, or am guilty of "antics" at the State Capitol.

Click here to read the true story of the Idaho State Capitol Arrests.
More lies and smears here…
Let me know what they are and I'll respond to them here…
Close

Don't miss any announcements or information regarding the Ammon Bundy for Governor campaign. Sign up for Ammon's email list today!

CLICK HERE to go to the Keep Idaho IDAHO Plan 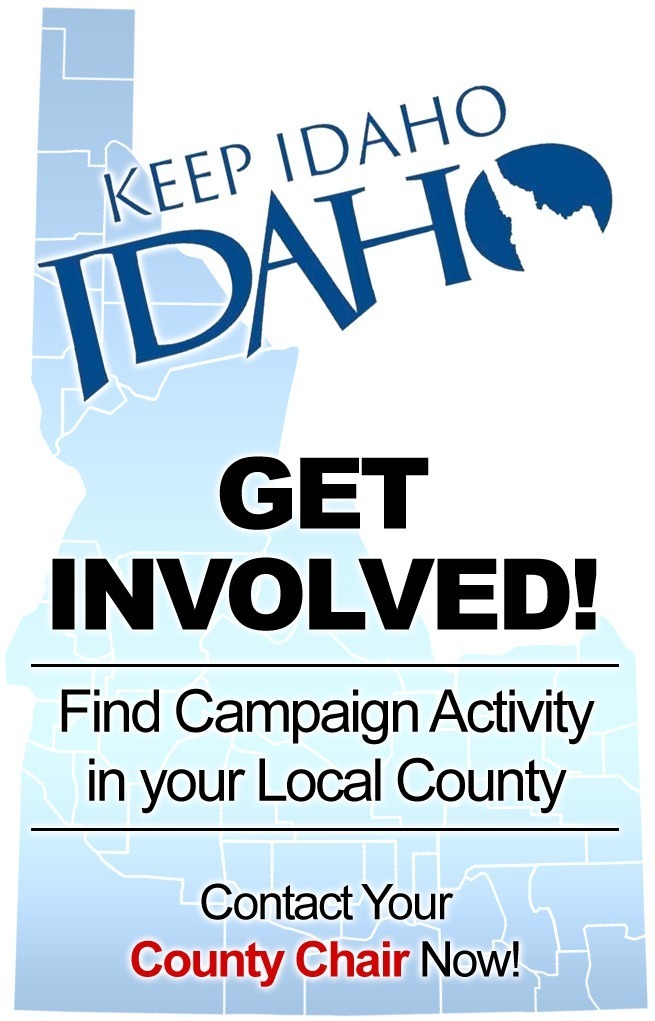